Welcome to tots and tunes

Music is such an integral part of our society. It’s everywhere. On the radio, TV, movies, even playing in the background at a store. We play music for happy and somber occasions, to help us relax and unwind or to concentrate and study. It also plays a huge role in a child’s development. From birth, children are exposed to music through the instincts of a parent singing or humming a lullaby or even playing music on a mobile to soothe a fussy baby. Even before they can speak, a child can express themselves through music. At Tots and Tunes, we build on this natural instinct and help children explore the wonderful world of music! 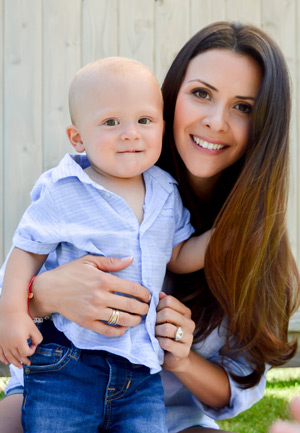 Barbara Kottmeier (Harrison) was born in North Vancouver, British Columbia, to an Argentinean/ Swedish father and Guatemalan mother. She grew up in a bilingual household, primarily speaking Spanish at home. Barbara is an accomplished and acclaimed classically trained singer and dancer, who got her start at the tender age of 4, singing and dancing for crowds of 300+ people; from then on she was hooked. She went on to win numerous awards and to perform at countless events over the years including singing the national anthem at NHL, CFL and NLL games, weddings, galas and more. She sang back up vocals on the Ziggy Marley track, “Beach in Hawaii” made the “top 100” in “Canadian Idol” and starred in many musicals. She studied “Opera Performance” at the Vancouver Academy of Music for 2 years towards her Bachelor of Music Degree, until she was presented with an opportunity to move to Los Angeles to pursue a career in film and TV.

Her background as a singer led to her first role on the TV series, “Mysterious Ways” in which she played a singer. She would then go on to appear in numerous TV and film roles including, “The Chris Isaak Show”, “John Tucker Must Die”, “She’s the Man”, “Like Mike 2”, “Trick ‘r Treat”, “The L Word”, “Fringe”, “Smallville”, Supernatural, Hellcats, “Hunt for the I-5 Killer”, “Motive”, “Legends of Tomorrow” and many made-for TV movies, among others. She has also voiced many characters; she is “Lienda” on the Peacock TV animated series, “Supernatural Academy,” she is the voice of an interactive “Belle” doll for Disney as well as voices in Disney’s “Cars 2”, “Mars Needs Moms”, “Wreck it Ralph” and others. She was a dancer on the BC Lions, CFL “Felions” dance team and the Vancouver Ravens (NLL) team for 2 seasons each and taught musical theatre and dance for many years.

She married Chris Harrison in 2015 and is a mom to two very busy little boys.